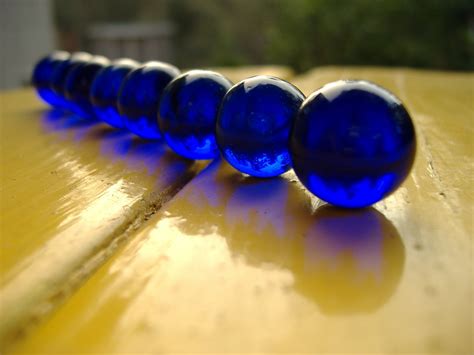 There are more than 100 million pieces of junk orbiting Earth at about 17,000 miles per hour hour (27,000 km/hr).
There is enough gold in the Earth’s core to cover the entire surface of the Earth in 1.5 feet of the sparkling mineral.
The Earth’s inner core is about the same temperature as the sun.
The Challenger Deep is the deepest known point on Earth, reaching depths of about 35,814 feet.

Earth is the densest planet in the Solar System.
Had Earth formed in a more gentle way, the result would have been a cold and dead planet, because the energy of the falling bodies would have been small enough that the bodies would bounce back into space
The name “Earth” comes from Old English and Old High Germanic words (eorthe and erda, respectively) for “ground” or “soil.”
Earth’s Amazon rainforest is home to one third of the planet 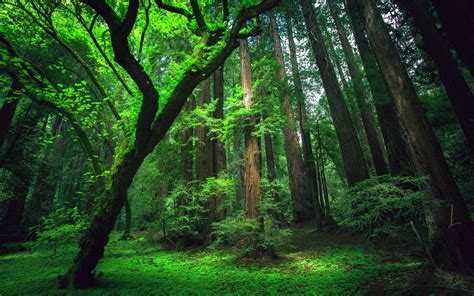 Lightning strikes the earth over 8.6 million times per day. 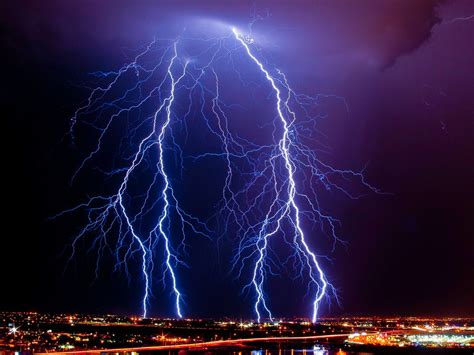 Too much of the greenhouse effect is detrimental to human life—but without some greenhouse effect, Earth’s global temperature would be 0 degrees Fahrenheit (-18 degrees Celsius) rather than 59 degrees F (15 degrees C).
The Earth’s plates move just a few inches a year—about as fast as a person’s fingernails grow. This continental pattern predicts that 250 million years from now, a new supercontinent will be born.
Earth can be seen as a living, breathing organism: it regulates temperature, burns energy, continually renews its skin, and experiences changes to its face as it ages with time.
Earth’s orbit is slowing down. It turns approximately 2 milliseconds slower every 100 years.
Mount Augustus in the Australian Outback is the largest rock on Earth. It can be seen from almost 100 miles away and is about 2,352 feet high.

The longest known cave system on earth is the Mammoth Cave in Kentucky. It stretches for more than 390 miles, and that’s just what has been explored. Scientists believe it may be over 600 miles long.[4]

Earth is still an alien planet
Humans have explored only 5% of Earth’s oceans.
Over 68% of Earth’s fresh water is frozen in permanent ice, including Earth’s ice caps and glaciers. 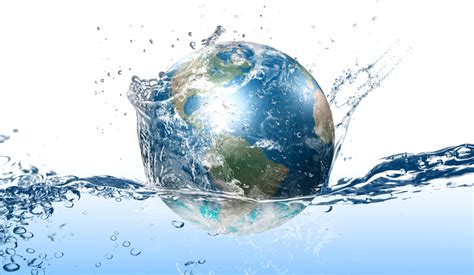 Because Antarctica is has little vegetation and has a snowy landscape, it is one of the best places to find meteorites. More meteorites have been found in Antarctica than anywhere else in the world.
Earth actually has two North Poles. One is the magnetic pole, where the compass needles points. The other is the pole that the Earth’s meridians cross.
Yellowstone National Park is actually a huge volcano. Its most recent eruption was before humans lived. It hurled ash all the way to the Gulf of Mexico.

The only sea on Earth that is defined by ocean currents rather than a land border is the Sargasso Sea, which is located near Bermuda in the Atlantic Ocean. Its border is actually several ocean currents, which create a large area of still water full of floating seaweed.
The tallest waterfall on Earth is Angel Falls, which is 3,212 feet high. It is as tall as a 300-story building.

One of Earth’s most toxic plants is the yew tree. Every part of the tree is poisonous, except its berries.

There are no black flowers on earth, though some are very dark shades of purple or red.[
Lake Baikal in Russia holds 20% of Earth’s unfrozen freshwater. It is the deepest and oldest lake in the world. 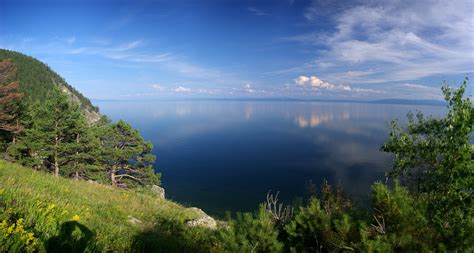 The largest flower on Earth is also the smelliest. Native to Sumatra, The corpse flower smells like rotting flesh.

The tallest known tree on Earth is a redwood tree in a California forest. Nicknamed “Hyperion,” it is about twice as tall as the statue of liberty, at 380 feet high.
Earth’s rapid rotation coupled with its nickel-iron core creates a powerful magnetic field. The field protects the Earth from damaging solar winds.
Scientists believe that Earth’s stable climate is an anomaly that will end in the next billion years.
Look again at that dot. That’s here. That’s home. That’s us. On it everyone you love, everyone you know, everyone you ever heard of, every human being who ever was, lived out their lives.- Carl Sagan
Someone standing on Earth’s equator would be turning around Earth’s center at 1,000 mph. However, someone standing at the poles would be standing still (while turning in a circle, similar to standing on top of basketball).
The Earth travels through space at 67,000 mph. This means that everyone on Earth is 67,000 miles farther away than they were an hour ago.
The hottest temperature ever recorded on Earth’s surface was 136 degrees F in El Azizia, Libya in 1922.
The coldest temperature ever recorded was in Antarctica’s Vostok Station at a bone chilling minus 128 degrees F. 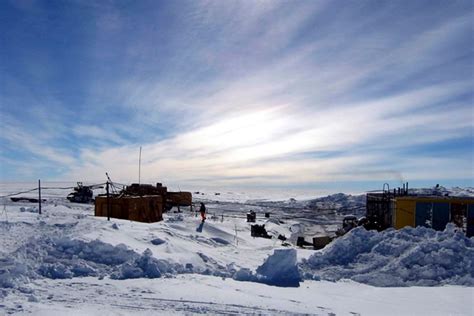 Antarctica holds about 90% of the Earth’s ice and 70% of Earth’s fresh water.

Coral reefs are one of the most amazing wonders of Earth 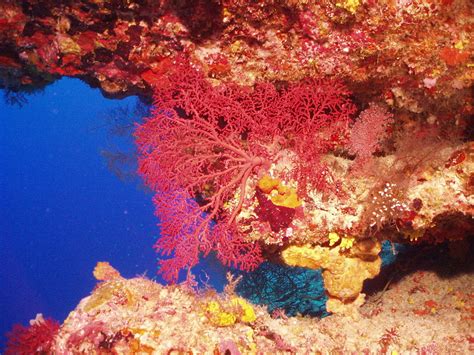 The Great Barrier Reef in Australia is the largest living structure on Earth. 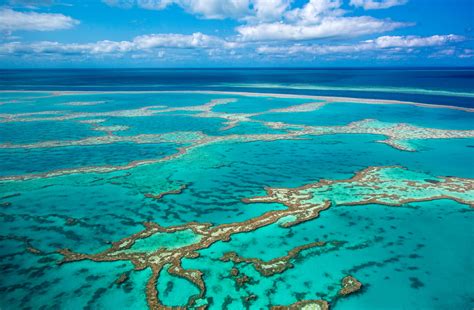 The world’s largest desert, outside of the polar regions, is the Sahara Desert. This massive desert covers about 1/3 of Africa.

The Nile and Amazon Rivers have variously been called the world’s largest river; however, the Amazon River carries the greatest volume of water. 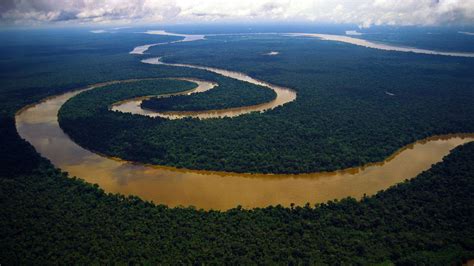 On average, the Atlantic Ocean is the saltiest of all of Earth’s major oceans. 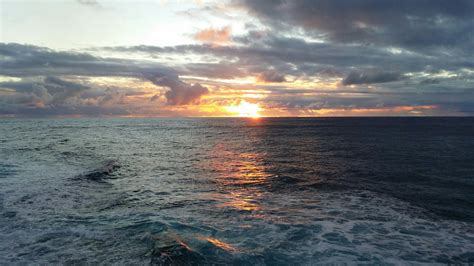 Sea levels on Earth would rise about 60 m (200 ft) if all the ice in Antarctica were to melt.
Earth’s magnetic north pole is moving north about 10 miles per year. Eventually, Earth’s magnetic poles will switch.
Earth’s longest mountain range is actually underwater. Called the mid-ocean ridge system, it stretches over 80,000 km all round the world. It is almost 20 times longer than the longest range on the surface, which is the Andes Mountains. The entire ridge is completely volcanic.

Without the moon, Earth would still have wild changes in climate and be uninhabitable. The stabilizing tug of the moon tempers Earth, resulting in the minor tip that causes summer and winter seasons.
Earth has about seven quintillion, five hundred quadrillion grains of sand. Still, the known universe contains 70 thousand million, million, million stars in the observable universe, which means there about 10,000 stars for every grain of sand.
Earth is the only planet in our solar system not named after a Greek or Roman deity.
Just .0003% of the Earth’s water can be used by humans.
The driest place on earth is Chile’s Atacama Desert. Rain has never been recorded in parts of the desert. 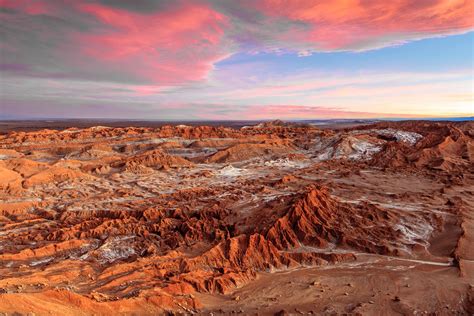 Although the Sun is considered to be an average-sized star, 1 million Earths could fit inside.
If Earth’s history were represented in 24 hours, the dinosaurs would have become extinct at 11:41 pm and human history would have begun at 11:54:43 pm.
Every day, between 10 and 20 volcanoes are erupting somewhere on Earth. However, the chances of them all erupting at once is almost impossible.

A tree can absorb as much as 48 pounds of carbon dioxide per year
There are about 3 trillion trees on earth, or about 422 trees per person. However, the number of trees on the planet has slashed by nearly half since the beginning of human civilization. Over 15 billion trees are lost to due to human activity each year.
Since the Industrial Revolution, the earth’s temperature has increased by about 1.5 F.
The number of water molecules in ten drops of water is equal to all the stars in the known universe.
If there were a tunnel through one end of the earth to another, it would take about 42 minutes to fall all the way through.
The Earth has lost 40% of its wildlife in the past 40 years, according to the WWF.
Without significant action, by 2050, there will be more plastic than fish in the ocean by weight.
According to American essayist and poet, Henry David Thoreau, “We need the tonic of wildness . . . We can never have enough of nature.”
An estimated 80% of creatures on Earth have six legs.
The densest substance on Earth is the metal osmium. 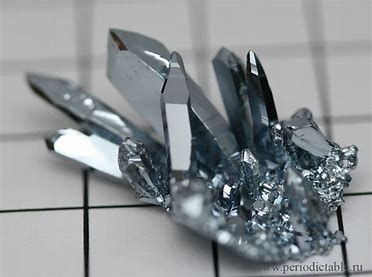